AcrySof® ReSTOR® IOL is the first and only apodized diffractive intraocular lens (IOL) for cataract patients with and without presbyopia.

The AcrySof ReSTOR IOL provides patients with a full range of quality vision (near, intermediate and distance), and greatly reduces reliance on glasses.

The vast majority of patients who undergo cataract surgery today receive monofocal lenses, which typically require them to use reading glasses or bifocals for near vision following surgery.

“With the new AcrySof ReSTOR IOL, patients have the potential to reduce

their reliance on glasses”, said the doctors. “This new lens is a breakthrough in cataract surgery that we are proud to offer our patients.”

AcrySof ReSTOR is a foldable IOL and represents breakthrough technology because of its unique, patented optic design, which allows patients to experience the highest level of freedom from glasses ever achieved in IOL clinical trials. The AcrySof ReSTOR IOL uses a combination of three complementary technologies: apodization, diffraction and refraction, to allow patients to experience a full range of high-quality vision without the need for reading glasses or bifocals. This range of vision is achieved without glasses through the optical properties of the IOL. The end benefit for patients is an increased range of quality vision that results in a high level of spectacle freedom. Alcon patented the application of apodization technology to an IOL, making AcrySof ReSTOR the first and only apodized diffractive IOL.

This innovative lens uses a revolutionary apodized diffractive technology to give patients a full range of quality vision (near, intermediate and distance) that greatly increases their independence from glasses after surgery. The clinical

Since its introduction outside the U.S. in 2003, more than 11,000 AcrySof ReSTOR IOLs have been implanted in patients by more than 1,000 surgeons in Europe and other countries. More than 500 ophthalmic surgeons outside of the U.S. have been trained to implant the AcrySof ReSTOR lens and thousands of lenses have already been successfully implanted.

The AcrySof ReSTOR IOL received approval by the U.S. Food and Drug Administration in March 2005. Clinical trials were conducted in the United 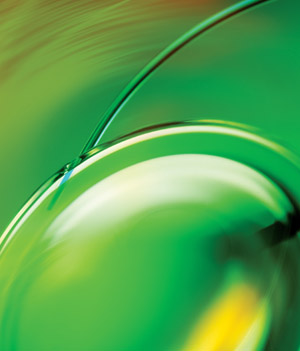 States and Europe to establish the safety and effectiveness of the AcrySof ReSTOR IOL.

A cataract is a clouding of the eye’s natural lens, which results in blurred or defocused vision. According to a recent article published in the Archives of Ophthalmology, more than 20 million adults in the U.S. have developed cataracts making it the number one cause of poor vision in the United States. While not all cataracts require surgery, nearly 3 million cataract procedures are annually performed in the U.S. Cataracts cannot be prevented and are the leading cause of treatable blindness worldwide. According to the National Eye Institute, the number of Americans with cataracts is expected to rise to over 30 million people by the year 2020.

Sign up for our newsletter and get $500 OFF LASIK